← more from
Rrose Sélavy
Get fresh music recommendations delivered to your inbox every Friday.
We've updated our Terms of Use. You can review the changes here. 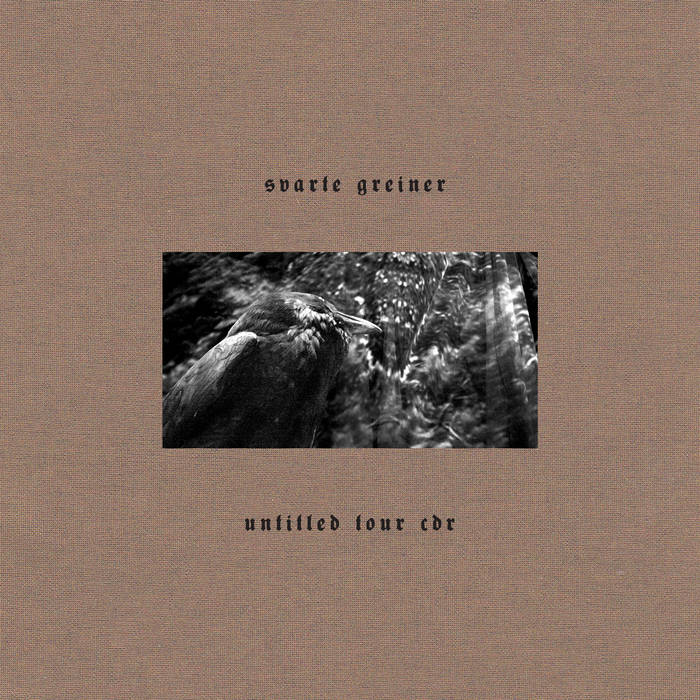 "This record was originally made as a tour only cdr for my 2010 US/Canada tour. 100 copies was made. Designed by myself, while my then new girlfriend Monique hand assembled and stamped the copies in her sonic pieces second edition style. They looked great and almost all sold on the 3 week tour that started in Chicago, went through Fort Wayne(!), Toronto, Montreal, Boston, NYC, Philadelphia, Baltimore & Richmond before moving to the west coast through Seattle, Portland, San Francisco and ending in Los Angeles. For many of these places it was the first and only time I ever visited. First part (north/east) was together with Rafael Anton Irisarri, with the last east coast dates together with Anduin. The west coast part I traveled by car together with Jesy / Tiny Vipers and her then partner who went by the artist name “Crystal Pool Hell”. I have a lot of great memories from that tour. Except for perhaps some small *issues* with traveling by train in the US, as well as a rather small audiences turnout at some places. And well, some other rather uncomfortable parts. But who cares, it was fun and full of adventure looking back at it.

Not long after the tour, Jeremy Bible from the US experimental music distributor Experimedia contacted me and Monique about a special project. His idea was to ask a musician and designer to collaborate on a one off exclusive lathe cut LP that someone could win through ordering at his shop. As I felt strange about making a whole new album for just one LP copy, I used this record as it was also very exclusive already. We based the design on the cdr, but expanded it into a gatefold full textile-cloth hardbound cover in sonic pieces style, the only one of its kind. Experimedia took care of the production of the record. We never saw the outcome it in person, but we were told that some lucky person won it, and has it in his collection. Hopefully it was someone who appreciates it as it never surfaced on discogs for sale.

The music on this album is a mix of different things. Collaged “pieces” and live recordings blending into each other. Two tracks are taken from a Miasmah label night at the rather fantastic venue “Jesus Club” in Berlin, that was sadly a very short-lived affair in the last half of 2009, not long after I moved there. I got guitarist Brian Mitchell to play with me for parts of it. He used to do insane blues inspired improv / feedback gigs in various Berlin bars at the time. Not long after this gig he moved into the Techno scene and has since made music as Tallmenn 785. I´m glad to be able to have a document from that evening that also had Marcus Fjellström & Rafael Anton Irisarri on the bill. Feels like a lost time. A parallel world. Lastly, the piece “Lost in Endless Arms” is a rare occurrence where I played live only with a half-broken violin and looper during a live radio appearance in Oslo, Norway." /Erik K Skodvin - Svarte Greiner, Berlin January 2021.

02 “Bleeding Lights” features unused material made for the dance piece “The Thief” by Zero Corp.

Thanks to Brian Mitchell for recording and sharing stage with me, Ina Cristel Johannesen and MD&D. Special thanks to Monique Recknagel for handicrafts and help with cover. And extra special thanks to all the organizers and people who helped me on the tour. Music and Graphics © Erik K. Skodvin 2009-2010. “Mastered” and digitally released in 2021. The cover is a combination of the original cdr and lp edition, compiled in 2021. Digital only for now, perhaps a CS or so later. Rrose Sélavy #03

Erik K Skodvin´s alter ego, dwelling in shadows and the surreal since 2005.

Bandcamp Daily  your guide to the world of Bandcamp